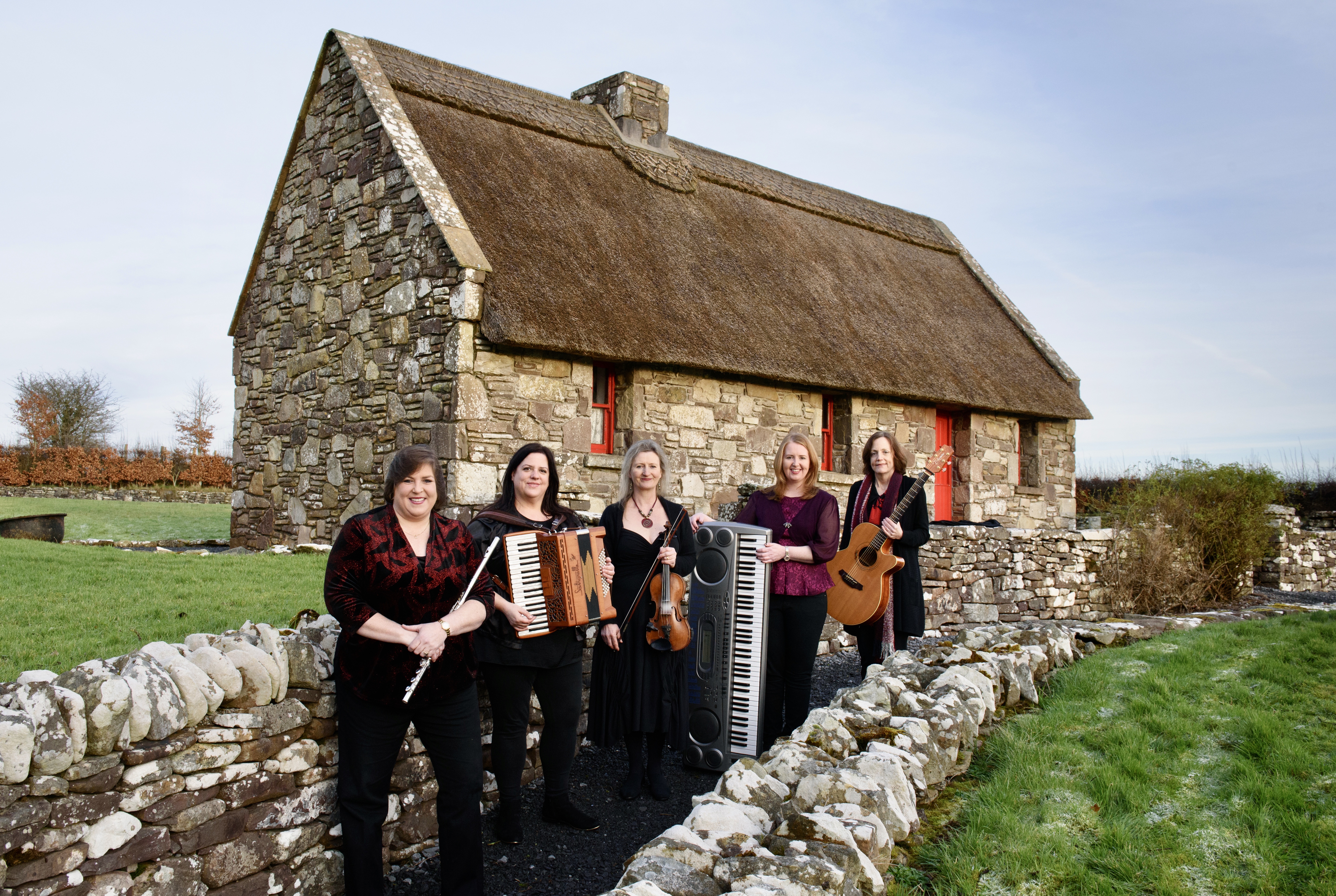 JOANIE MADDEN was born in New York of Irish parents and raised in a musical household, her mother hails from Miltown Malbay, County Clare and her father Joe, an All-Ireland Champion accordion player was a native of Portumna, County Galway. At a very early age, Joanie was exposed to the finest Irish traditional music listening to her father and his friends play music at family gatherings and social events. She began taking lessons from legendary flutist and National Heritage Award winner Jack Coen, and within a few short years, she had achieved great success winning the world championship in Irish music on both the concert flute and tin whistle. During that time, Joanie also became the first American to win the coveted Senior All-Ireland Championship on the whistle.

Madden has sold over 500,000 solo albums and has performed on over 200 recordings, including three Grammy-winning albums running the gamut from Pete Seeger and Sinead O’Connor to the Boston Pops. Throughout her musical career, she has amassed a plethora of awards and citations. Her merits include being the youngest member inducted into both the Irish-American Musicians Hall of Fame and the Comhaltas Ceoltoiri Hall of Fame, she was chosen for the Wild Geese award, where she joined an impressive list of previous honorees, including: Pulitzer Prize-winning author Frank McCourt, Tony award winning playwright Brian Friel, Nobel prize laureate Seamus Heaney and Irish dance sensation, Michael Flatley. Irish America Magazine selected her twice as one of the Top 100 Irish-Americans in the United States and she was also named Traditional Musician of the Year by the Irish Voice newspaper, all for her contributions to promoting and preserving Irish culture in the United States. In 2010, Joanie was forever immortalized on the streets of her native Bronx when a street was named after her on the Grand Concourse: “Joanie Madden and Cherish the Ladies”. In 2011, she was bestowed one of the nation’s highest awards as she was chosen for the Ellis Island Medal of Honor, joining an illustrious list of distinguished American citizens, including six United States Presidents as well as Ambassadors, Senators, Congressmen and Supreme Court Justices, all singled out for their exemplary service to the United States. In 2012, she was a recipient of the esteemed USA Artist Fellowship grant, singled out as one of the most innovative and influential artists in America, becoming the first Irish traditional musician to do so. In 2013 she won a Lifetime Achievement Award from the Irish Music Awards and also named Grand Marshal of the Yonkers parade in New York. 2015, Joanie was named Clare Person of the Year by the County Clare Association in New York and also the recipient of the Turlough O’Carolan Award for her musical legacy. In 2016, Irish America Magazine named Joanie as one of the Top 50 Most Powerful Irish Women in the world.  Joanie’s crowning achievement is a 2021 National Heritage Fellowship from the National Endowment for the Arts.  This award is the United States govenment’s highest honor that the nation bestows upon its folk and traditional artists, considered “national living treasures” in recognition of lifetime achievement, artistic excellence and contributions to our nation’s cultural heritage.

MARY COOGAN was born in New York and raised in a musical household. She is a founding member of Cherish the Ladies. Her mother came from Castlerea in County Roscommon and her father Jim was a great accordion player whose parents emigrated from County Waterford. Her father passed down his love of Irish music to Mary and she became a self-taught guitar, mandolin and bouzouki player. In addition to her outstanding musical talents, Mary also holds her masters degree in education and was named in Who’s Who among American Teachers. She has a number of recordings including a beautiful solo album entitled; “Christmas” and also one with her father called “Passing Time”, but her close ties to children pushed her to make a wonderful collection of music with her great friend Kathy Ludlowe for our young fans entitled, “The Big Ship Sails.” She continues to teach music to children in New York and is a highly sought-after accompanist. Acoustic Guitar Magazine named Mary one of the top four Celtic guitarists in Celtic music.

MIRELLA MURRAY grew up in Claddaghduff on the north west coast of Connemara in County Galway. Her father John Joe, a notable sean nós dancer, came from Inishark Island and had a deep understanding and love for traditional music. Mirella studied the piano accordion with Mary Finn and it was at music classes that she met up with fiddler Liz Kane from Letterfrack. Mirella won the accordion All-Ireland championship and duet All-Ireland championship with Liz Kane.

Mirella teamed up with the great fiddle player Tola Custy from Co. Clare and they recorded, “Three Sunsets”, which was voted one of the top five albums of the year by The Irish Times Newspaper. Mirella performed at the International Women’s Day Festival in Moscow; was featured in the Galway Arts Festival and toured Austria, Scandinavia, Switzerland, Spain and France. She was a featured soloist in the off Broadway production of the late Johnny Cunningham’s theatrical production, “Peter & Wendy”, an adaptation of J.M. Barrie’s “Peter Pan” which garnished two OBIE Awards.

Mirella also has an incredible flair for teaching, and it is a credit to her musicianship that twenty-two of her pupils have gained All-Ireland titles. She has accumulated a vast store of tunes from her travels, and musicians such as Sharon Shannon, Lunasa and the Bumblebees credit her as a source for many uncommon melodies.

KATHLEEN BOYLE from Glasgow, Scotland comes from a family steeped in the traditional music of Donegal. Her father Hughie is a talented musician and handed down his love of music to her. Kathleen is a talented pianist and accordion player and has won All-Scotland and All-Britain titles on both instruments.

She has performed at Holyrood Palace for His Royal Highness Prince Charles and for Irish President Mary McAleese; Kathleen’s travels with Cherish the Ladies and Dochas have taken her around the world with tours of the UK, Spain, France, Ireland, Italy, Denmark, Austria, Germany, Sweden, America, Canada and China. Dochas, were voted best new comers at the 2004 Scots Traditional Music Awards and nominated as best folk band in 2006. Kathleen’s first solo album “An Cailin Rua” or “The Red Haired Girl” was released to rave reviews in 2008. Her latest recording, “Back to Donegal”, is an album she recorded with her father and family members.

NOLLAIG CASEY is one of Ireland’s most gifted musicians, with her own unique way of playing traditional Irish music on the fiddle and has such a distinctive sound that it would be impossible to mistake it for that of anyone else. This “sound” is so attractive to other musicians that there exists hardly any major Irish artist of the last thirty years with whom she has not worked – and many international artists have been equally entranced.

DANCERS
Cherish the Ladies always travel with the finest Irish dancers that include World Champions, National Champions along with Riverdance and Lord of the dance alumni!