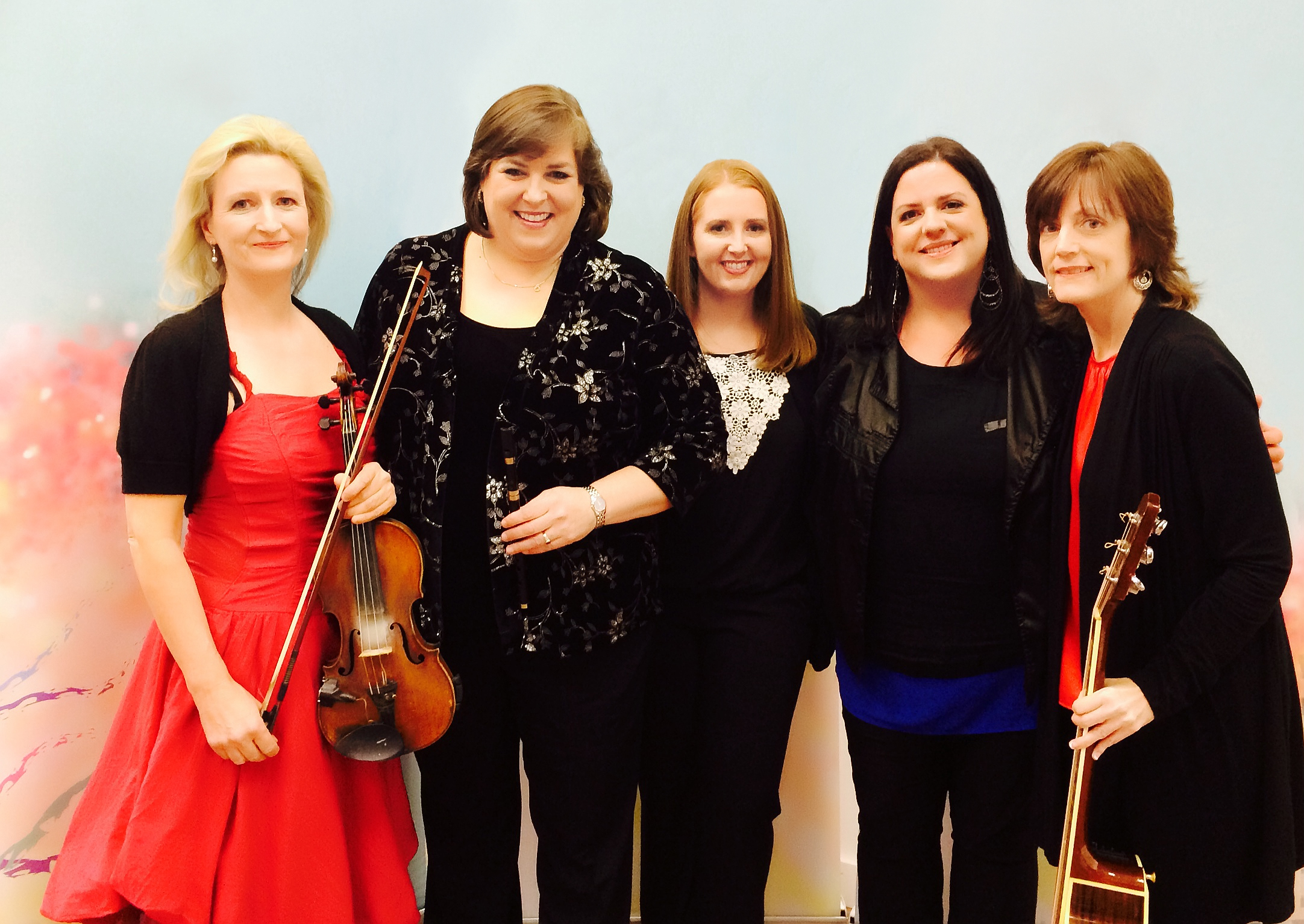 For over 38 years, Cherish the Ladies, one of America’s most heralded Irish music ensembles, has won the hearts of audiences worldwide with their rousing blend of traditional music, captivating vocals, and propulsive step dancing. To quote The Boston Globe: “It is simply impossible to imagine an audience that wouldn’t enjoy what they do”, speaking of this Grammy-nominated Irish American super group that formed in New York City in 1985 to celebrate the rise of women in what had been a male-dominated Irish music scene. Since their inception, they have toured the world performing thousands of concerts from the White House to the Olympics, recorded 18 critically acclaimed albums and an Emmy award winning PBS television program, “An Irish Homecoming”.

The New York Times calls their music “passionate, tender, and rambunctious,” and The Washington Post praises their “astonishing array of virtuosity.” They won recognition as the BBC’s Best Musical Group of the Year and were named Top North American Celtic Group at the Irish Music Awards.  They have collaborated with such musicians as Vince Gill, Nanci Griffith, The Boston Pops Orchestra, Pete Seeger, The Clancy Brothers and Tommy Makem, the Chieftains, Don Henley and Arlo Guthrie as well as being the most successful Celtic Pops act in history with over 300 performances with leading symphony orchestras.

Madden and her band have amassed a long, impressive list of awards at home and in Ireland, including being forever immortalized with a street named in their honor on the Grand Concourse in the Bronx, NY. No matter how far from home, their continued success as one of the best-loved Irish groups rests on their blend of virtuoso instrumentals, beautiful vocals, traditional and original arrangements along with stunning step dancing — all presented with extraordinary talent, creativity, and humor.