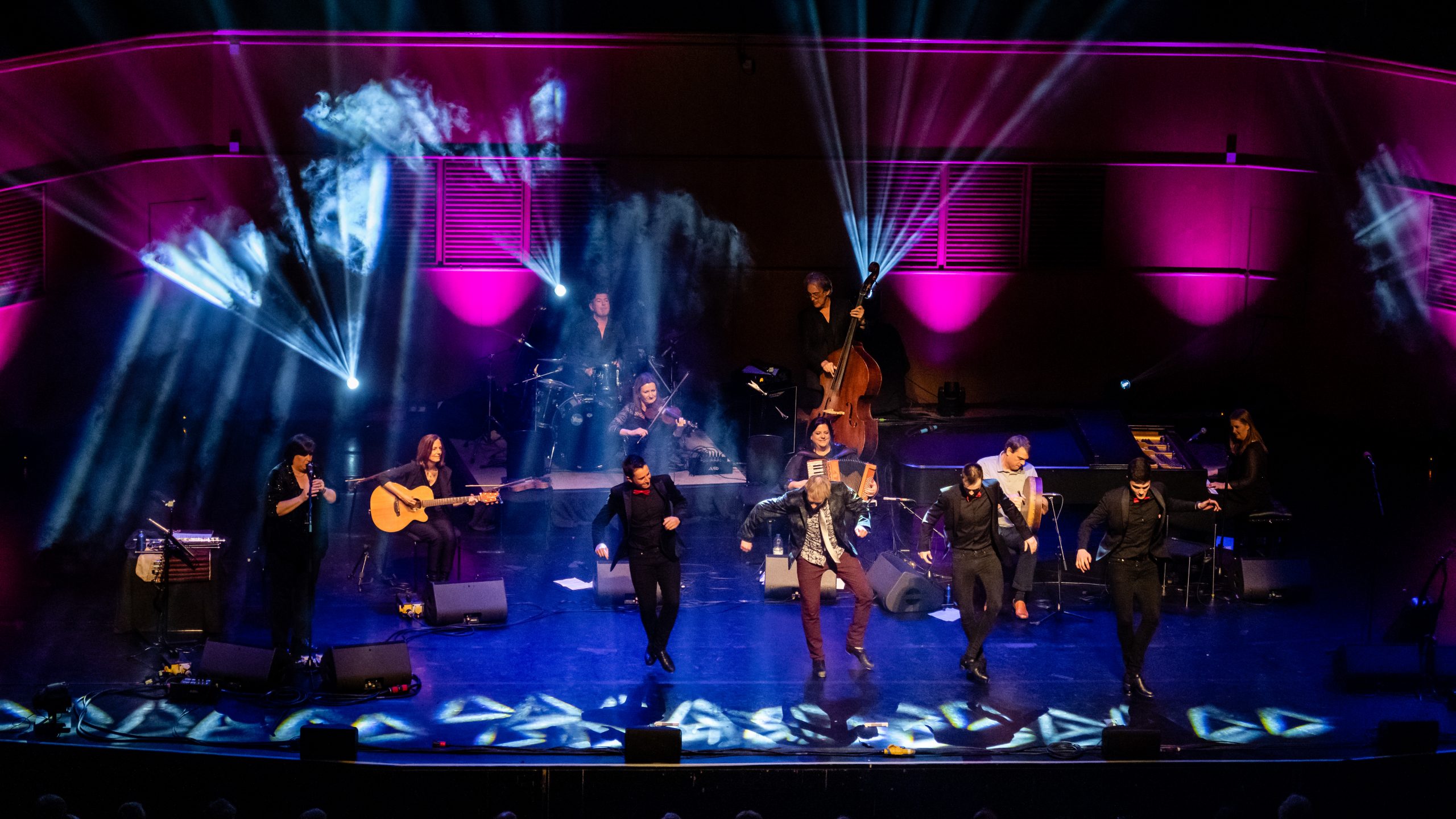 We’re so thrilled to share the incredible news that our fearless leader, Joanie Madden is a recipient of 2021’s National Endowment for the Arts National Heritage Fellowship Award. We are beyond proud that she becomes only the 15th Irish artist since 1965 to receive this incredible award and only the second woman joining our incredible musical collaborator, Liz Carroll! The National Endowment for the Arts’ National Heritage Fellowship is the United States govenment’s highest honor that our nation bestows upon its folk and traditional artists. Each year, nine individuals, “national living treasures” from across the nation, are chosen to receive this one-time-only Fellowship in recognition of lifetime achievement, artistic excellence and contributions to our nation’s cultural heritage. https://www.arts.gov/honors/heritage/joanie-madden

Since we can’t hit the road, we are thrilled to share with you that we are streaming a concert in honor of St. Patrick’s Day this Saturday night, March 20th at 8PM EST (5PM PST, 12AM Ireland).  The show is called, “An Irish Homecoming” and it is a spectacular program that was filmed at Bucknell University in front of a live audience and previously aired on Public Television.  We are proud to say that it is an Emmy Award winning special that will be streaming to you in high broadcast quality.  The show features 26 phenomenal performers including the outstanding musicianship of Cherish the Ladies’ Joanie Madden, Mary Coogan, Mirella Murray, Kathleen Boyle, Gráinne Murphy along with Grammy nominated songstress Maura O’Connell accompanied by a 12-piece string section, Anna Colliton on bodhrán and 7 world class champion step dancers (Cara Butler, John Jennings, Michael Holland, Noelle Curran, Joe Dwyer, Colleen Farrell Martin and Jon Pilatzke) Start a watch party with friends and join in the fun!  Joanie, Mirella, Mary and Kathleen will be online watching and interacting with all the fans. This concert is a fantastic way to get your Irish up with an entertaining evening of the finest Irish music, song and dance!  Tickets are $20 and once the concert streams on Saturday night, you will have 48 hours to watch the show as many times as you’d like to suit your own schedule. To book a ticket, click on the link below!

Celebrating 36 years of music making with thousands of concerts performed circumventing the globe and 18 albums recorded, Glasgow favorites Cherish the Ladies came together along the Wild Atlantic Way in County Clare to record a special socially distancing concert for Glasgow’s Celtic Connections Festival featuring the outstanding musicianship of Joanie Madden, Mary Coogan, Mirella Murray, Kathleen Boyle, Nollaig Casey and Lunasa’s Trevor Hutchinson.  The fabulous voices of Kate Purcell, Don Stiffe, Bruce Foley and Seámus Ó’Flatharta along with the fantastic dancing of David Geaney and Seámus Ó’Flatharta round out the troop for a concert that ticks all the boxes! We’re sharing the concert with Scottish up and coming band, Westward the Light. For Tickets visit https://www.celticconnections.com/event/1/cherish-the-ladies-westward-the-light

In this special Christmas in Ireland Live program, the Ladies put their signature mark on classic Christmas carols with arrangements that highlight the group’s unique Celtic instrumentation, beautiful harmonies and spectacular step dancing. Bandleader, Joanie Madden brought the ensemble together in County Clare in Ireland to record a special socially distancing concert with 7 musicians, 4 singers and 2 incredible stepdancers! “No group in Irish music does a better job of blending traditional Irish music tunes with the seasonal Christmas music we all love.” Paul Keating, The Irish Voice Tickets are $20. You have 48 hours to stream to suit your schedule! https://boxoffice.mandolin.com/collections/cherish-the-ladies-christmas-in-ireland

Hi Folks… we were completely blindsided and have had the rug pulled out from under us with the worldwide explosion of the Corona Virus. Due to Covid 19, we have placed all our 2020 gigs on hold right now until it is deemed safe to get out and play again. Please follow us on our Facebook page where we can stay in touch as we are streaming occasional concerts and videos. We are so looking forward to getting back to the live stage. https://www.facebook.com/cherishtheladies/ Please stay safe everyone!

We’re begin our 19 show Celtic Christmas tour that covers seven states! Click on the link to see the tour poster! We hope to see you in our travels!

HEART OF THE HOME OUT NOW!

Our 17th release, Heart of the Home is now available at CDbaby.com, Amazon, iTunes and more! Here’s the link to purchase! https://store.cdbaby.com/cd/cherishtheladies6